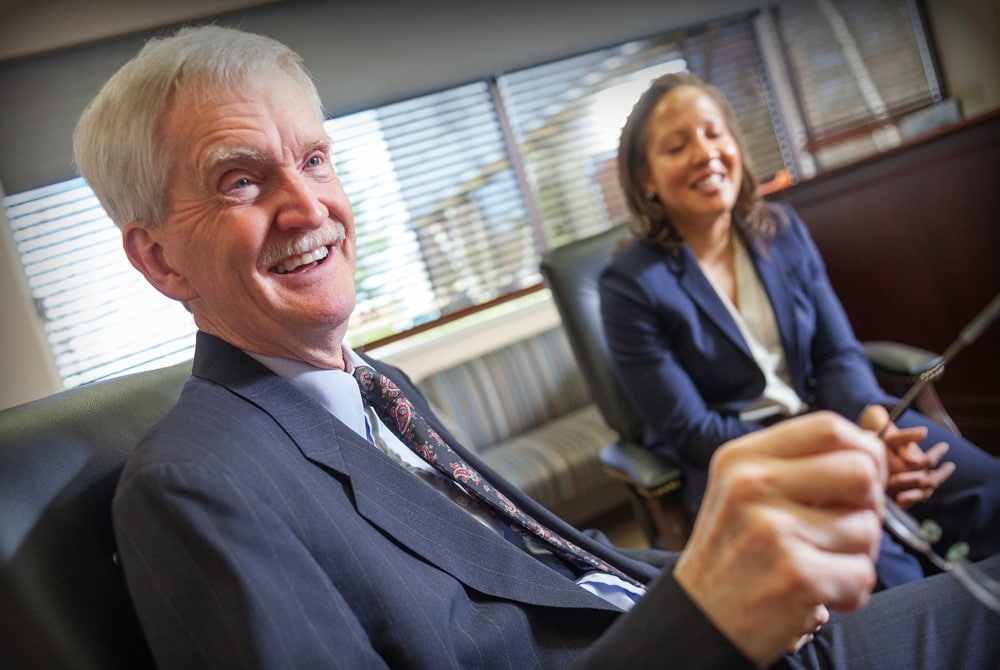 “ My most interesting cases frequently involve competing public policies. A good example would be our first Green Acres condemnation. Never before had anyone taken the state, two townships and a residential developer to federal court to ultimately obtain, by settlement, an easement to complete a pipeline across preserved property. ”

Michael K. Rutter, Of Counsel,
joined the firm in 1978. He has over 35 years of experience, focusing on pipeline law, condemnation and real estate law, and environmental law. He has extensive litigation experience in those areas, as well as railroad law, insurance law and probate.

Mike has filed over 200 Condemnation complaints in state and federal court. He also has over 25 years of experience dealing with NJDEP Green Acres diversions and vast experience acquiring easements over farms preserved by the Farmland Preservation Program.

Mike served as a presiding commissioner in condemnation actions brought before the Superior Court of New Jersey, Law Division, Middlesex County from 1987 until 2009. These appointments are made by the Court. These actions involved the taking of lands by the State, Middlesex County and various municipal entities and authorities. Among the many matters in which Mike has served as presiding commissioner, the most noteworthy is The Housing Authority Of The City Of New Brunswick, Acting As Redevelopment Agency vs. Suydam Investors, L.L.C., et al. which led to a New Jersey Supreme Court opinion setting down the valuation procedure to be followed in the condemnations of allegedly contaminated properties.